I've been writing about Romania off and on for about 10 years, researching guidebooks for Lonely Planet and other travel publishers, as well writing features for newspapers and magazines. Over that time, as an American traveling in Romania, I've gotten myself into some strange situations. Not every encounter makes it into a guidebook. People often ask me what it’s like to be a travel writer. These are stories that help to answer that question.

Top Photo: Guidebook writers are on a tight timetable and any accident, hitch or delay -- as in this case a sprained ankle -- can disrupt the schedule. Sometimes, you really have no choice but to go with the flow. Photo by Mark Baker
Posted in On The Road and tagged Danube, Danube Delta, guidebook, hospital, hospitals, Iasi, Lonely Planet, Romania, Travel, travel writer, Tulcea.
Add a comment 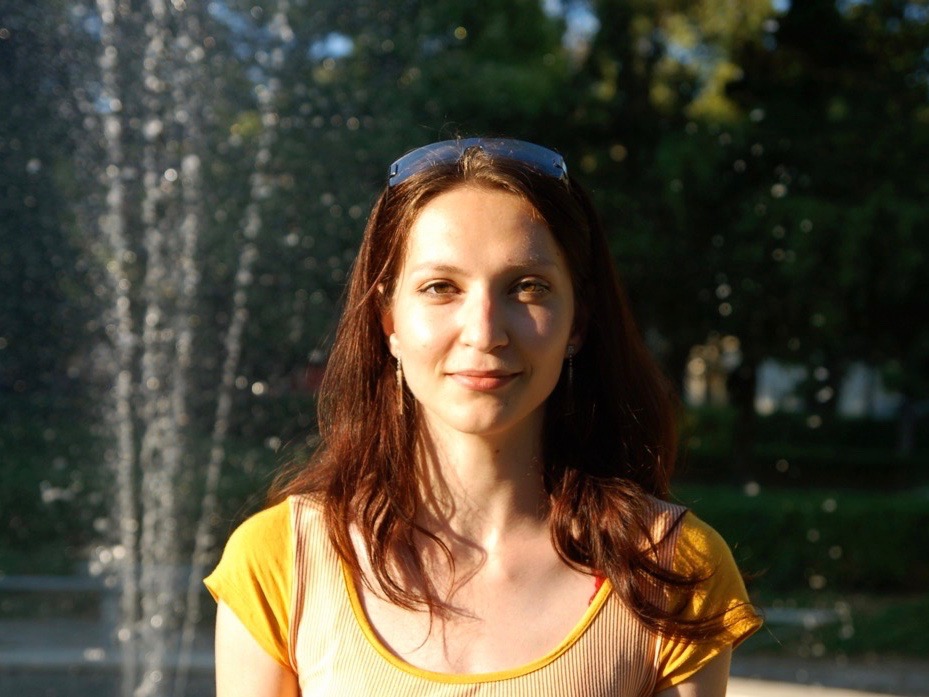 My friend Daniela, in Iaşi. Everything was going well up until this point. Photo by Mark Baker. 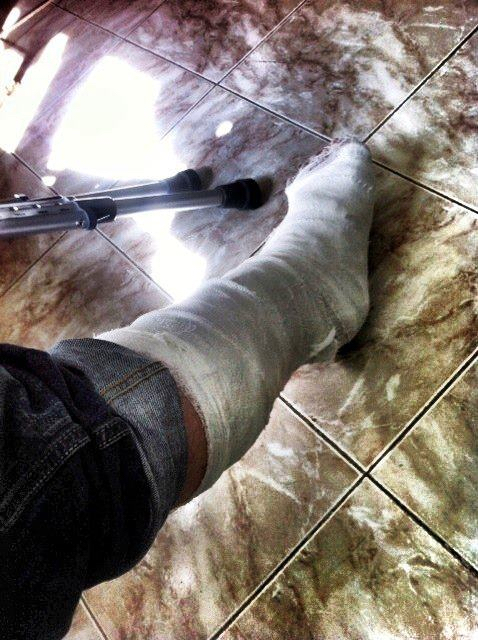 A few hours later, I was limping around in a cast with a badly sprained ankle. Photo by Mark Baker.

As a guidebook author I’m often on the road for long stretches at a time. Guidebooks cover whole countries and it makes little sense to research a destination by making many small trips back and forth. The best plan is to clear the calendar for several weeks at a time and set out on an extended road trip.

I try not to be away from home for more than six weeks at a time, though that doesn’t always work out in practice. My longest unbroken trip was 10 weeks. During such long journeys, something bad is almost certain to occur along the way. To be safe, I always plan for a catastrophe – either a minor or major one – to occur at around the midway point of the trip.

As any seasoned traveler knows, though, when bad things happen, good things usually happen as well.

A few years ago, I was traveling in Romania to update the Lonely Planet guide to that country. The Danube Delta was my goal, but as I was driving, I decided to divert for a night to the city of Iaşi to visit an old friend, Daniela, whom I’d met through Yahoo back in the day. I hadn’t seen her in a long time.

We had a nice reunion: dinner, billiards, and possibly (I can’t remember now) a trip to the ‘Cub’ student club to listen to some music. For the night, I’d splurged on a room for myself at the Hotel Unirea, a classic Communist-era high-rise (but nicer than most and with some classy "executive" rooms overlooking the square below). I stumbled back to the hotel afterward and slept pretty well. The trip was going smoothly.

The next morning after breakfast, I stepped out onto an elevated terrace to get some air. It was a sunny morning and I was looking ahead to the five-hour drive to Tulcea, the main city in the Danube Delta. Deep in thought, I took a small step backward and promptly lost my balance. As it turns out, there was no railing behind me and I hadn’t realized the terrace was so high -- maybe two or three meters. The ground below was covered in concrete. My left ankle, fortunately or unfortunately, broke the fall.

I scrambled back onto the terrace in a mild state of shock. It wasn’t immediately clear how bad my ankle was hurt. Foot injuries, generally, are hard to read. Sometimes they’re serious, sometimes not. Still hoping for the best, I hobbled back to my room, packed my things, checked out of the hotel, and fetched my bike and car from the underground garage. I lifted the bike, with some difficulty, onto the car roof, and set out on the drive.

A couple of hours later, on the highway, I began to realize I was in trouble. My foot was swelling and I’d lost the ability to move it. While driving, it hurt too much to use the clutch, so I kept the car in third gear. I stopped for gas along the way and limped around the side of the car to fill the tank. I could see the cashier inside, about 15 meters (50 feet) away, watching me through the window. When I tried to walk over to pay her,  I realized after a few steps I simply couldn’t do it. I ended up crawling across the parking lot.

I finished the drive to Tulcea with one thought in mind: to see a doctor as soon as I could. I eventually made it my hotel, and the receptionist immediately phoned a taxi to take me to the "Spitalul Judetean de Urgenta Tulcea:" the town's emergency room. The driver appeared promptly, and even helped walk me to the hospital door once we arrived.

And that’s about the time in this story when my bad luck turned to good. 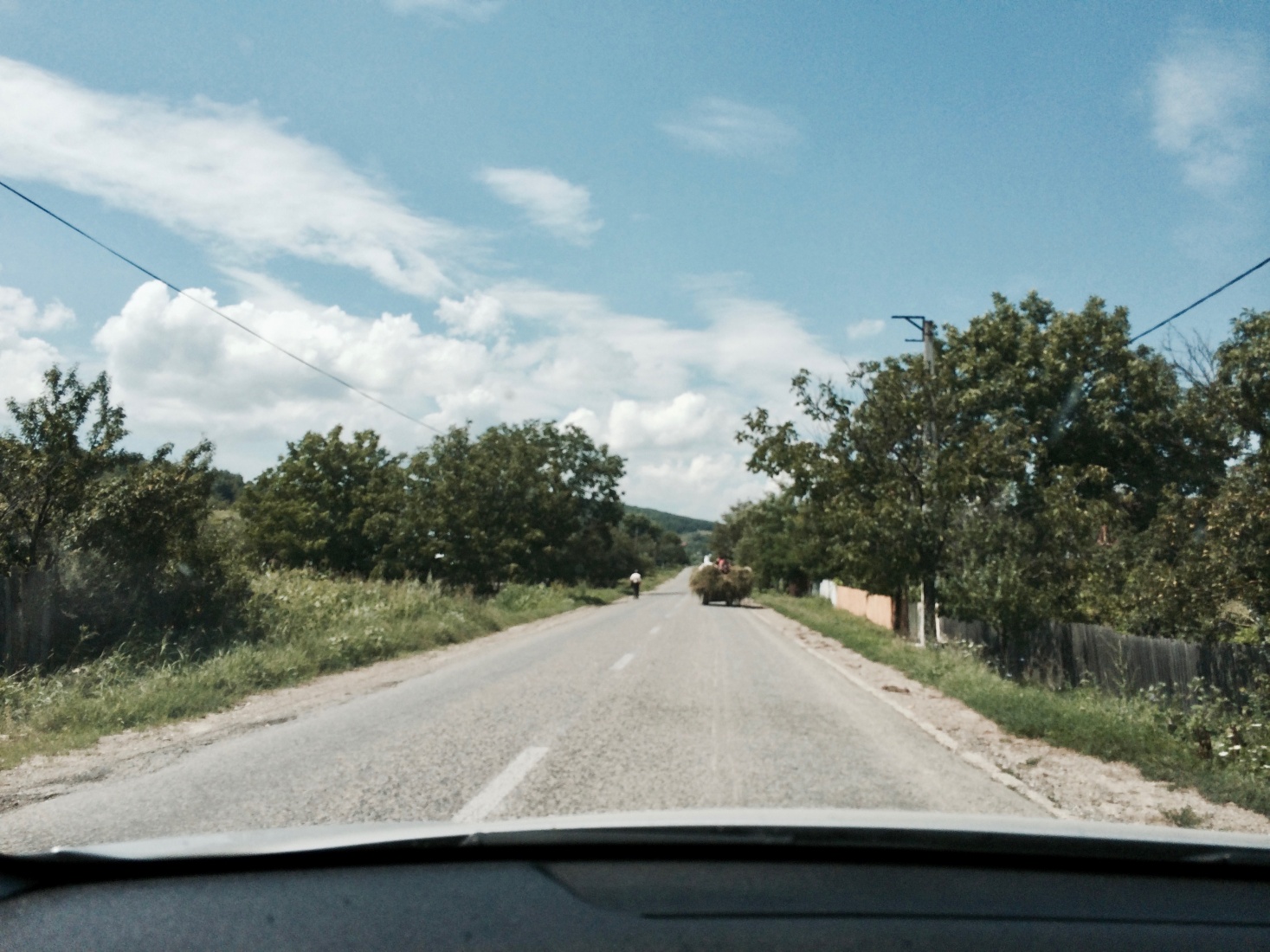 Driving in Romania and trying to keep the car in third gear because my foot injury had prevented me from using the clutch. Photo by Mark Baker. 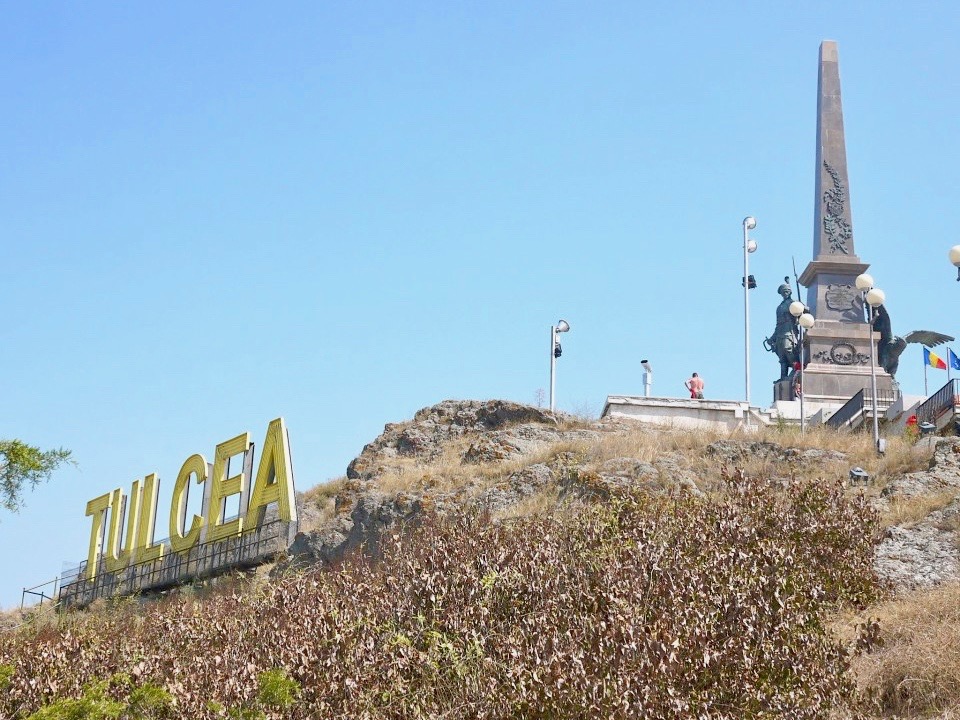 Welcome to Tulcea on the Danube Delta, a town I came to know pretty well on that trip. Photo by Mark Baker.

Romanian hospitals have a pretty bad reputation (even in Romania), and probably with some justification. I can’t say that my experience was in any way representative (and maybe the fact that I was a foreigner made a difference), but I was treated relatively quickly (after a couple hours or so), professionally, and with a touch of warmth and humor that helped put things into perspective.

The emergency room was buzzing that night like the local pub. As I was waiting, it seemed as if everyone in town had dropped by at some point to have a chat or see if anyone they knew had checked in. The mood was oddly festive. A couple of older guys, looking slightly crazed and a bit tipsy, pointed to my foot, made some jokes I didn’t understand, and laughed out loud.

I joined in the laughter too. What else could I do?

Later, as I sat in a wheelchair on the way to the X-ray room, a friendly nurse (pushing from behind) offered to give me an impromptu tour of the hospital. Faster and faster, she wheeled me up and down the linoleum-covered corridors like at an amusement park. At one point, she whirled me around like a kid.

In the end, it turned out my ankle wasn’t broken but badly sprained. The doctor addressed me in Romanian, but the medical terms weren’t all that different from English. He told me to rest my foot for a few weeks and slowly I’d be able to walk on it again. In two months, my ankle would be as good as new. The staff wrapped me up in a cast and sent me on my way.

When I went to pay the bill, they waved me away. I think they were confused about what they should charge for the service. In the end, it was all for free.

As I limped out of the hospital that night and pondered how a three-week delay was going to affect my schedule, I caught sight of my taxi driver sitting in the parking lot. He’d apparently been waiting for me the entire time in case I needed a ride back to the hotel.

Grateful for the offer, I accepted the ride. Our first stop on the way back to the hotel was at a late-night pharmacy. Before I even realized, my driver had hopped out of the car and darted into the pharmacy. A couple minutes later, he popped out of the store holding my new set of crutches. 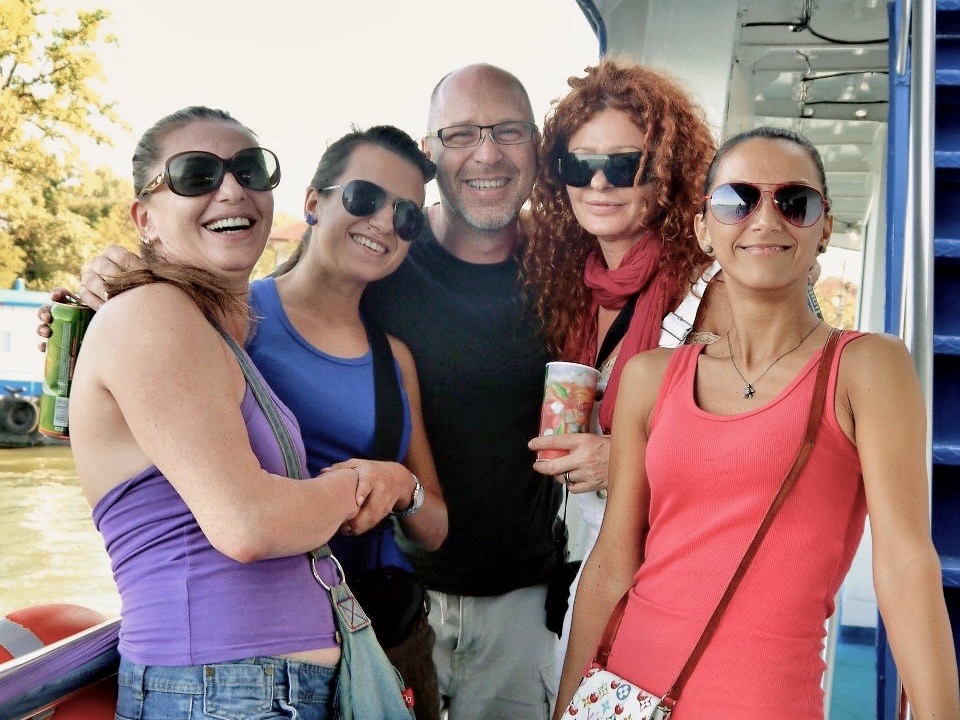 The local population was pretty friendly to a stranded American guy who could hardly walk. You can't see my cast in this photo, but it's there. 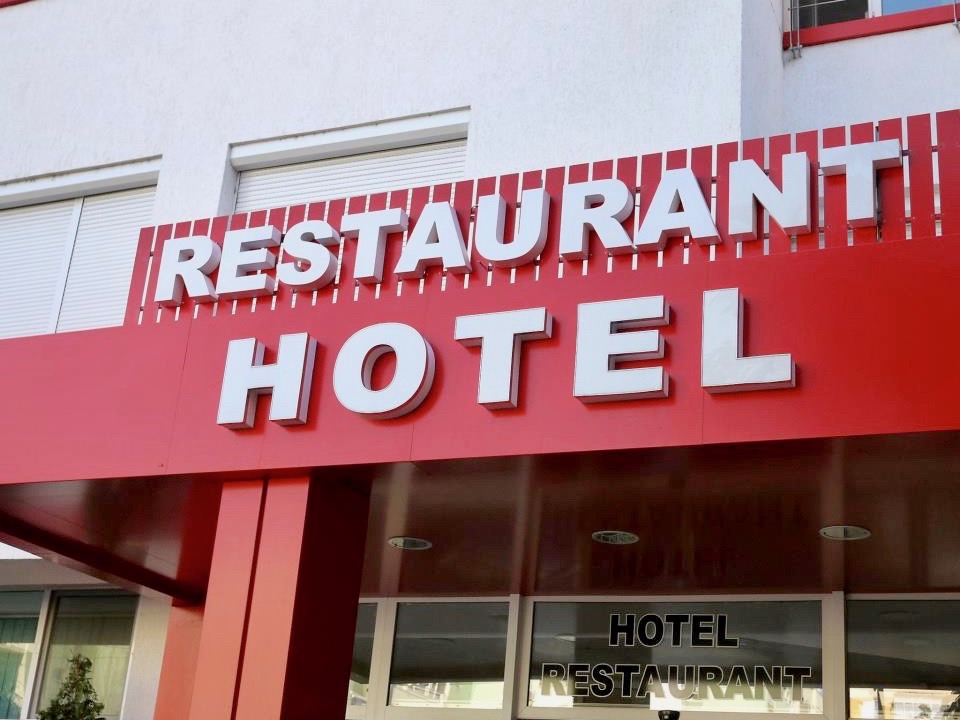 The welcoming "Hotel Select" in Tulcea: my unexpected home-sweet-home for three weeks one summer. Photo by Mark Baker.