Earlier this summer, in June, I traveled to Slovenia on assignment for Lonely Planet. The brief was to spend a week in-country and write three stories for the LP website that would focus on some of Slovenia's lesser-known attractions, mostly in the eastern and central parts of the country. I've co-authored three guidebooks on Slovenia -- two for Lonely Planet and one, in 2006, for Fodor's -- and I really enjoy researching and writing about the country. I spent the week touring with Matej Kandare, the director of the adrenaline outfit, Slovenia Outdoor.

I only found out a couple of weeks ago that the trip was actually the initial piece of a broader cooperation agreement between the Slovenian Tourist Board and Lonely Planet that will presumably include much more content going forward across a variety of media. Last week, I published the first story from the trip, a thrilling biking and kayaking adventure that took me to the bottom of an abandoned lead mine. This week, we go to Eastern Slovenia to explore the less-well-known cities of Maribor and Ptuj. Next week, we'll travel to beautiful Lake Bohinj in the west. Find a link to the published story on the Lonely Planet website here.

Top Photo: One of the highlights of my Slovenian research trip was a day out on the bikes along the 'Drava Bike' cycling trail that connects Maribor and Ptuj. Photo credit: Jure Kralj
Posted in Diversions, On The Road and tagged biking, Drava, hiking, Maribor, Ptuj, skiing, Slovenia, wine.
Add a comment 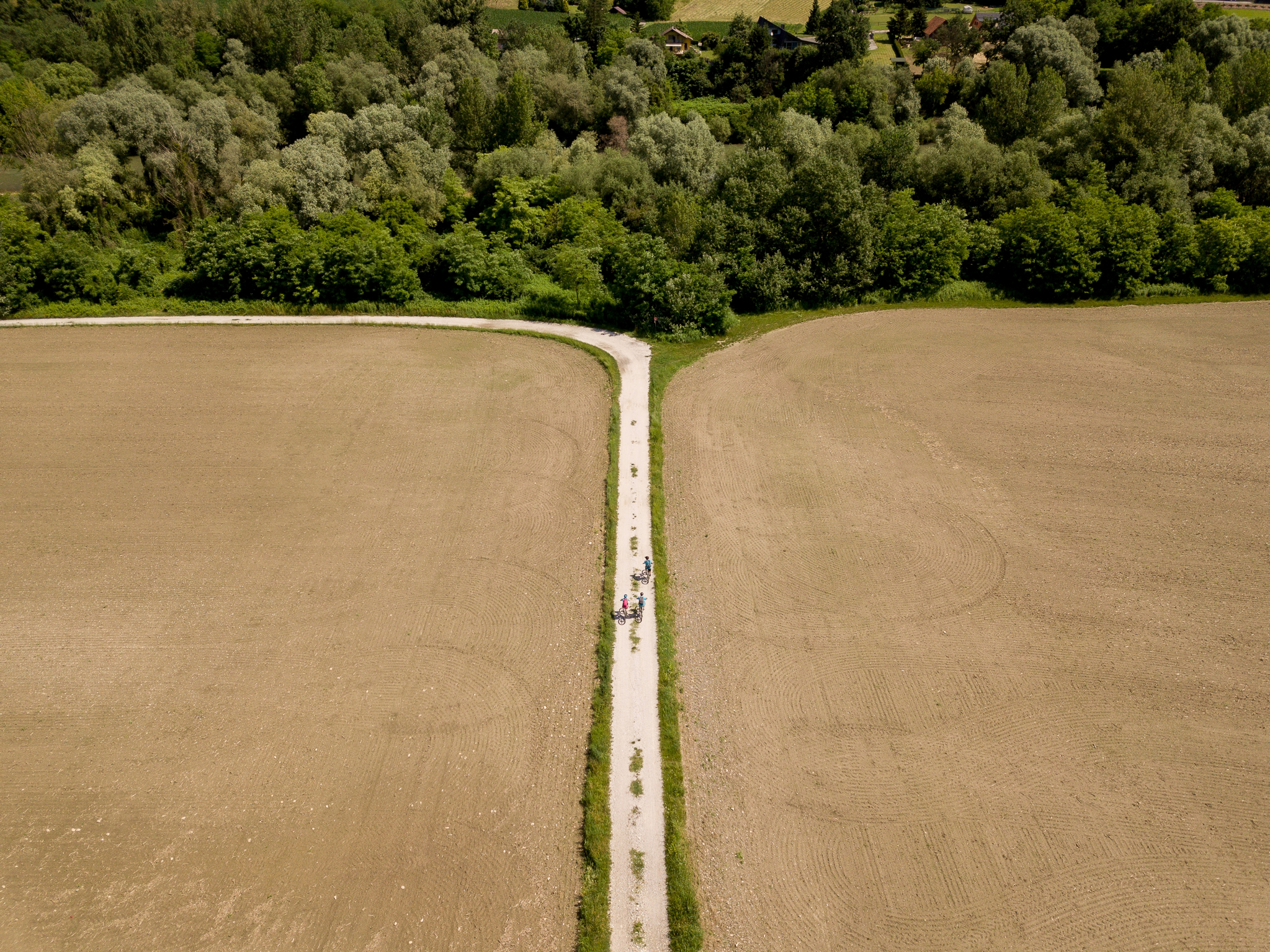 An aerial view of the Drava Bike cycling trail near Maribor. That's us down there somewhere. Photo credit: Jure Kralj 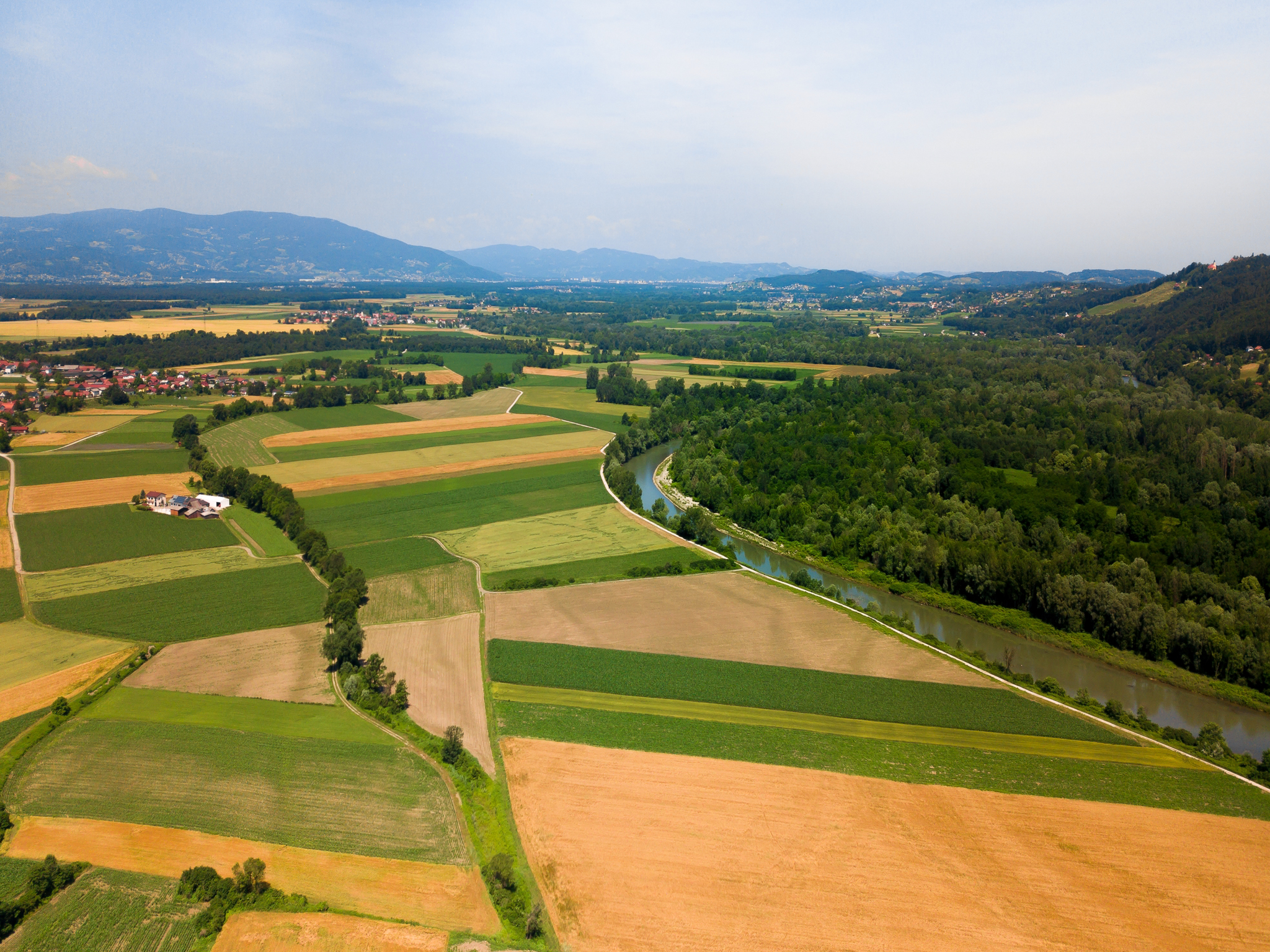 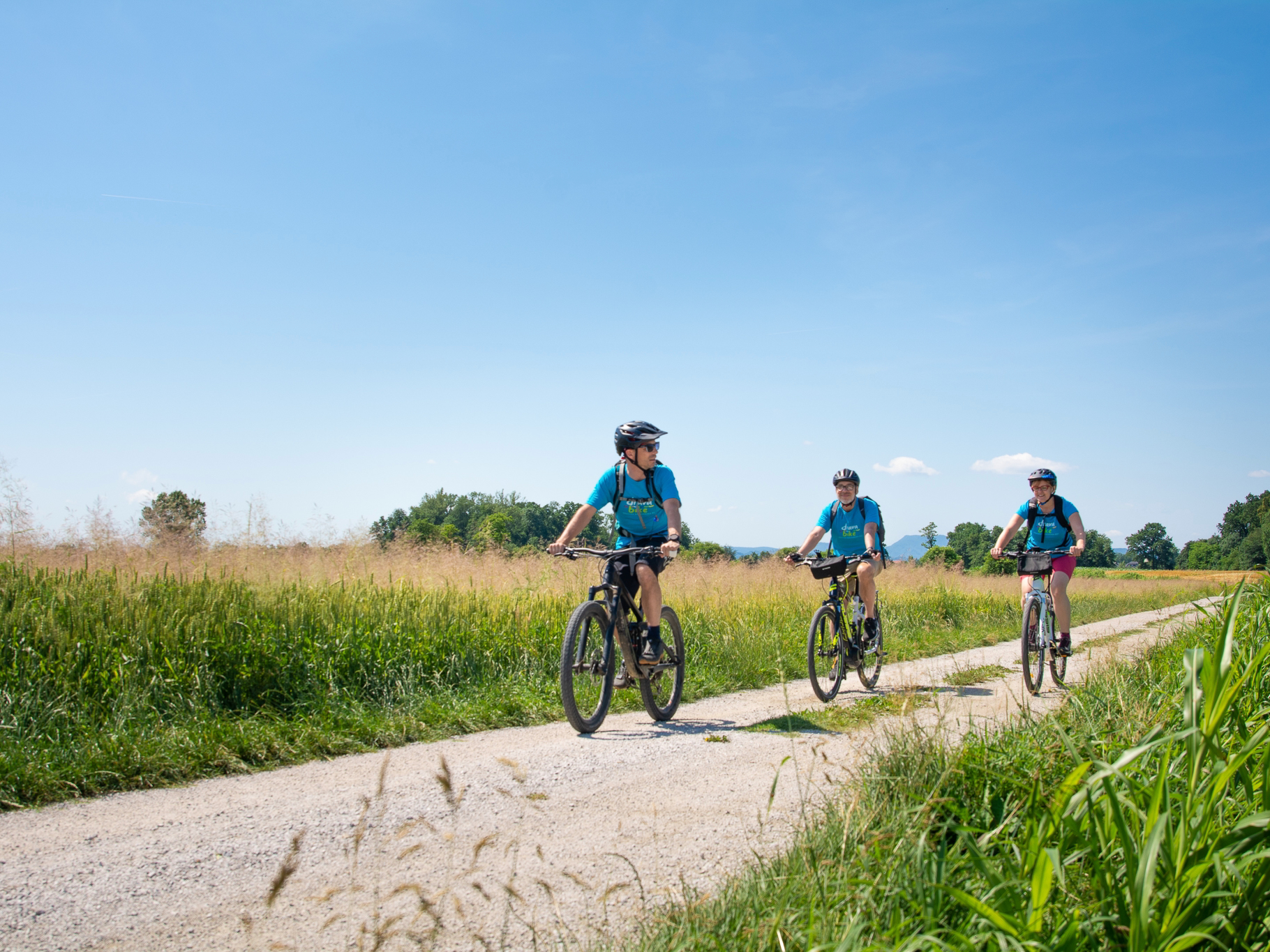 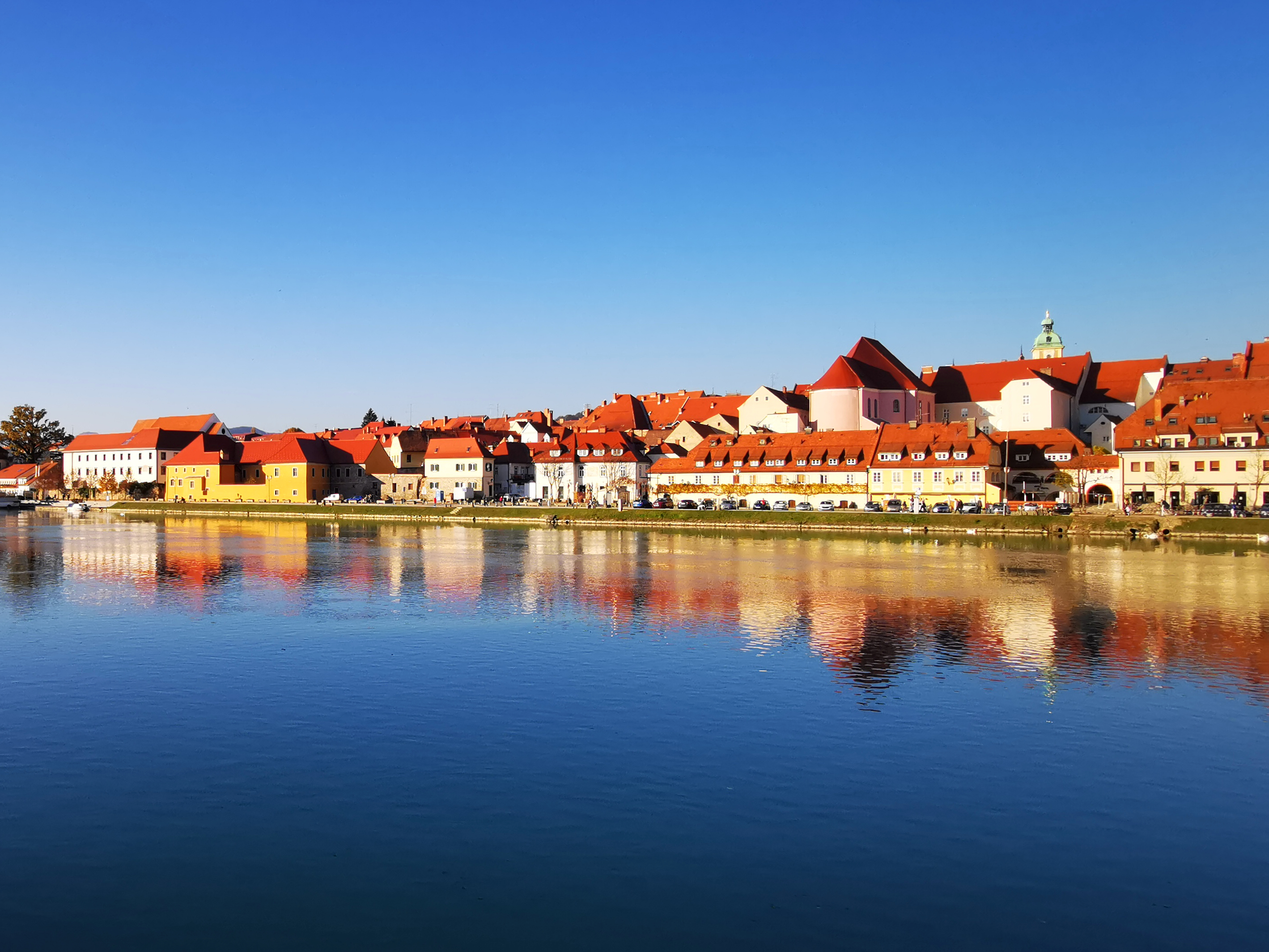 Central Maribor with the Drava River in the foreground. Photo credit: Karmen Razlag

Visitors to Slovenia often overlook the country’s eastern regions on their way to the Julian Alps, Adriatic coastline or the capital, Ljubljana, in the west. Eastern Slovenia, though, offers its own unique charms. The peaks here, admittedly, are less spectacular, but the long Pohorje Massif, a stretch of unspoiled, mid-range mountain that rises just west of Maribor, affords plenty of breathtaking vistas while on a hike, bike ride or ski trip. The food and wines are excellent. With far-fewer visitors, the pace of life feels much more relaxed.

Cities like Maribor and Ptuj serve as ideal springboards to enjoy the best the region has to offer. Both offer urban amenities like good hotels and restaurants, and active festival calendars, yet are small enough to enjoy a relaxed ramble through town or a short excursion out into pristine nature. 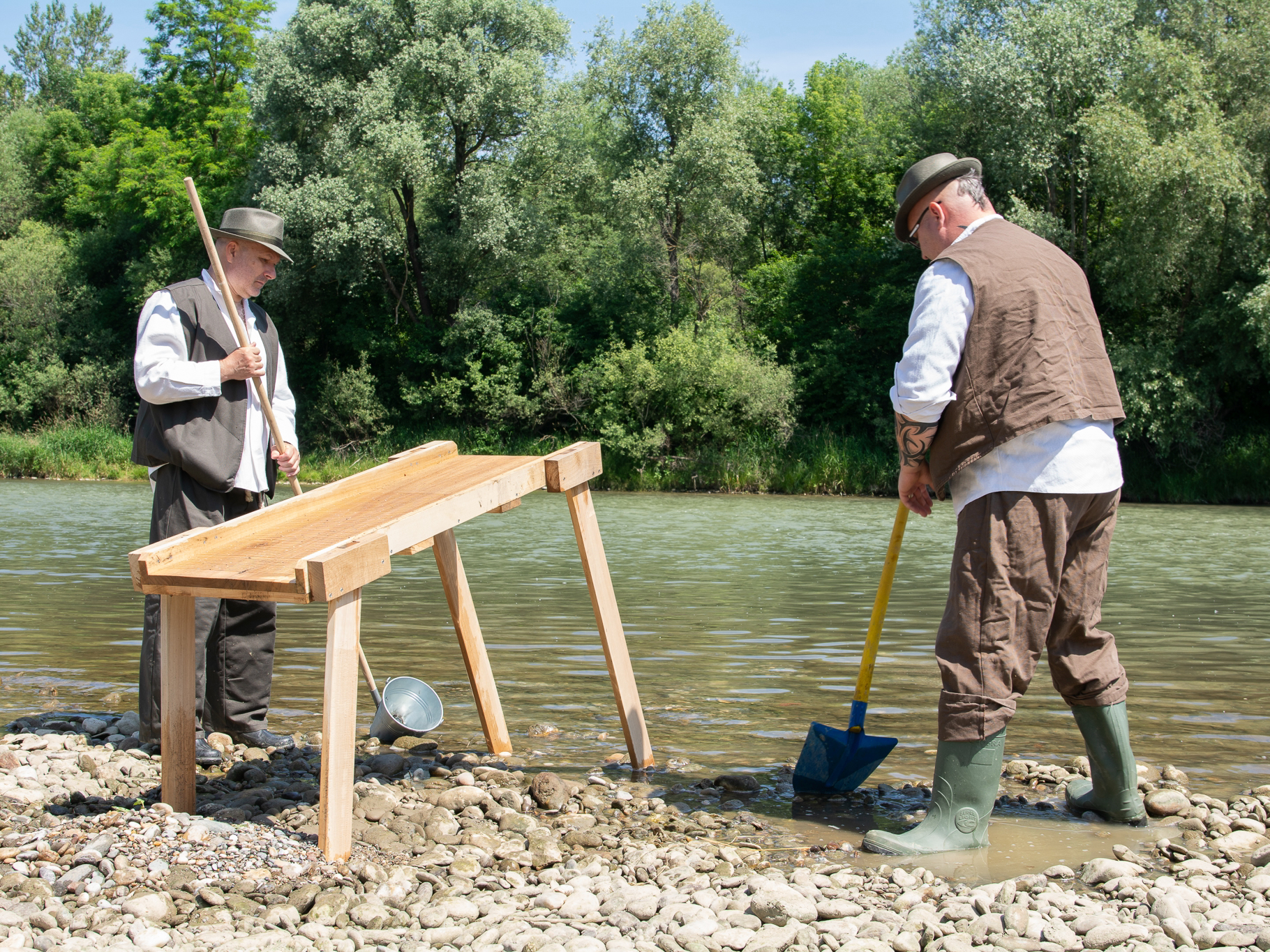 Prospectors pan for gold along the banks of the Drava River near Maribor. Photo credit: Klara Kulovec 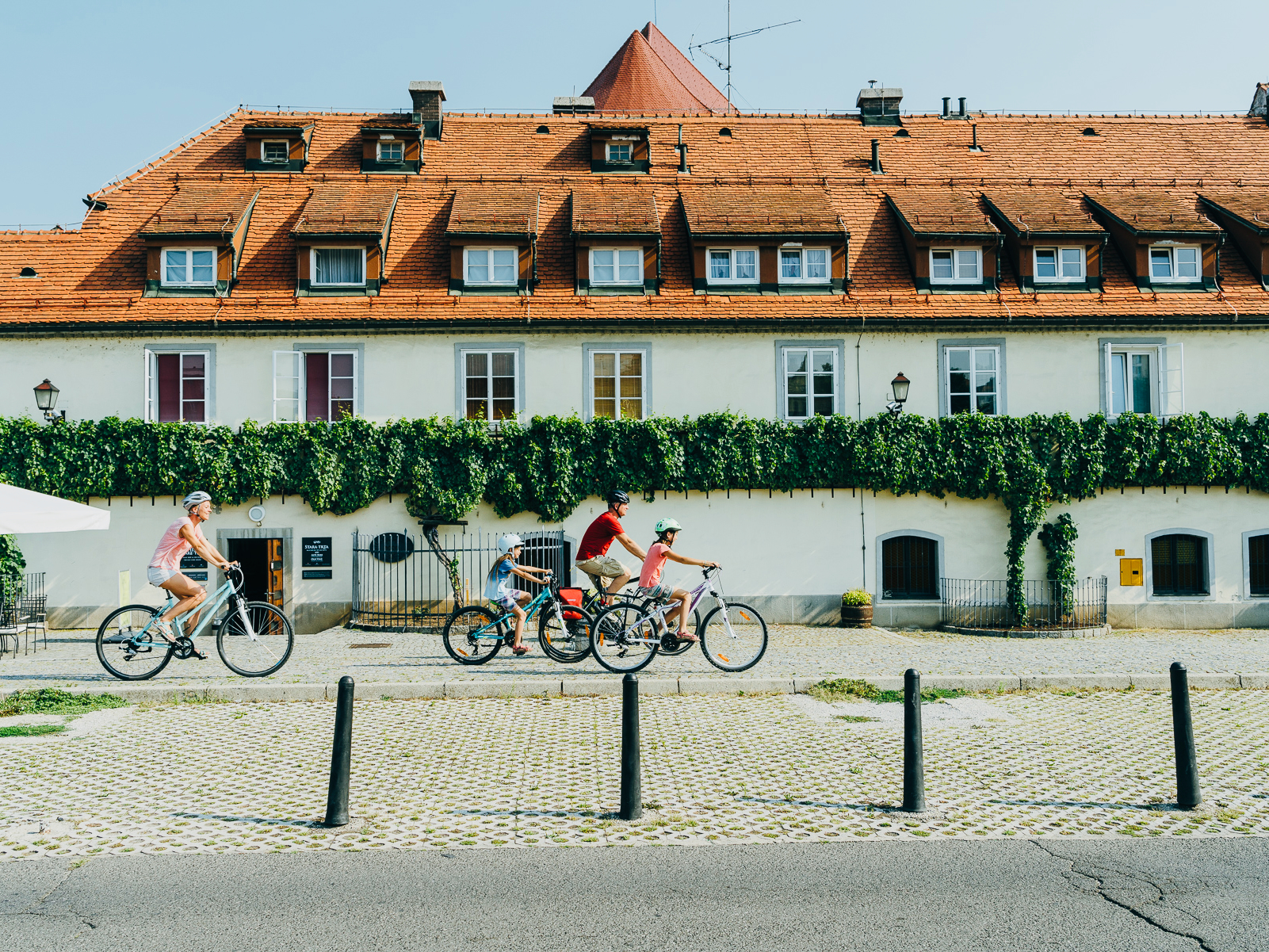 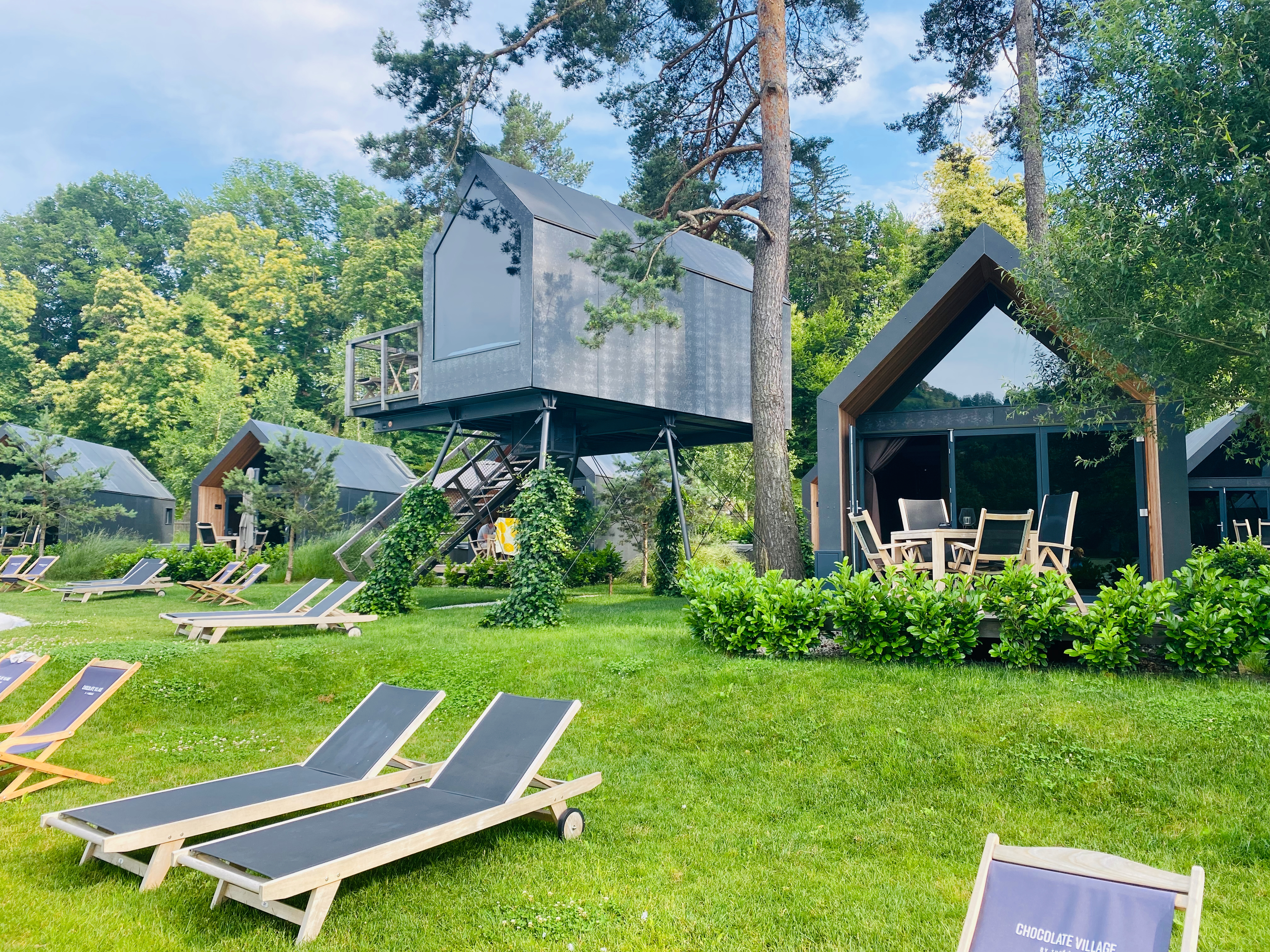 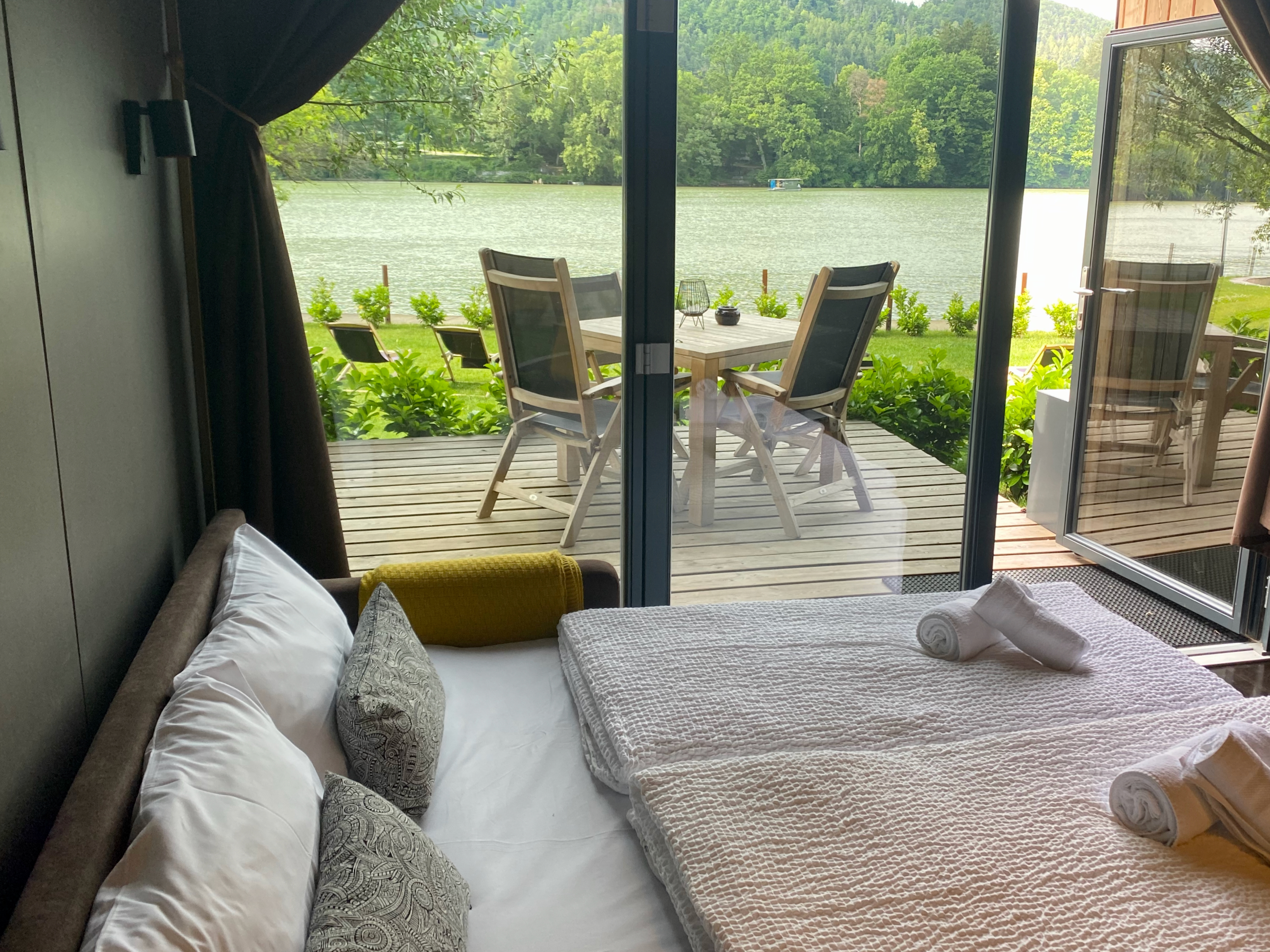 The view looking outside a cabin at “Chocolate Village,” near Maribor, on the banks of the Drava River. Photo credit: Mark Baker

Maribor, the region’s commercial hub, straddles the Drava River. The riverside vistas are lovely, yet there are few must-sees (and that’s part of the city’s charm). Maribor Cathedral dates from the late-12th century and shows off impressive Gothic interiors. The 14th-century synagogue attests to the historic role here of the Jewish community. Maribor’s main claim to fame, doubtless, is the Old Vine House, the site of a 400-year-old grapevine that, remarkably, still produces a small amount of wine each year. Stop by to sample some of the region’s excellent wines (though, regrettably, none from the Old Vine itself).

Maribor is home to thousands of university students, who fuel an active cafe and bar scene, tucked away in the side alleys leading off the main square, Glavni Trg. The center comes alive with music and theater in summer with the annual, open-air Lent Festival.

Maribor is an excellent jumping off spot to enjoy the pleasures of the nearby Pohorje Massif. From December to March, skiers head to Maribor Pohorje, the country’s largest ski center (located a short bus ride from the city center), or to the Rogla ski center, an hour’s drive west of the city. Because of its relatively gentle slopes, Rogla is especially popular with families.

During the warmer months, both resorts recast themselves as meccas for hiking and cycling. The more-remote Rogla is especially scenic. Hiking trails fan off in all directions, including to a series of rare, high-elevation peat bogs at the Lovrenc Lakes. The Rogla Outdoor Center rents bikes to explore the many marked cycling paths that range in difficulty from beginner to advanced. Visitors have the option of overnighting at the comfortable Rogla Hotel or at nearby Terme Zreče, a clean, unfussy spa with indoor and outdoor pools, water slides and saunas.

One of the most-enjoyable warm-weather outings is to hire a bike (or e-bike) and pedal the Drava Bike trail 30km (19 miles) from Maribor down to Ptuj. This stretch is part of a longer 700km (434 mile) multinational trail that follows the Drava from its source in Italy all the way to Croatia. Much of the track is flat and parallels the river along dedicated bike lanes. The journey takes three hours at a leisurely pace. Centuries ago, gold prospectors exploited this section of the Drava for the nuggets they’d pluck from the rocky riverbed. With a little bit of pre-planning, visitors can arrange for a private gold-panning demonstration (and even join in the fun). 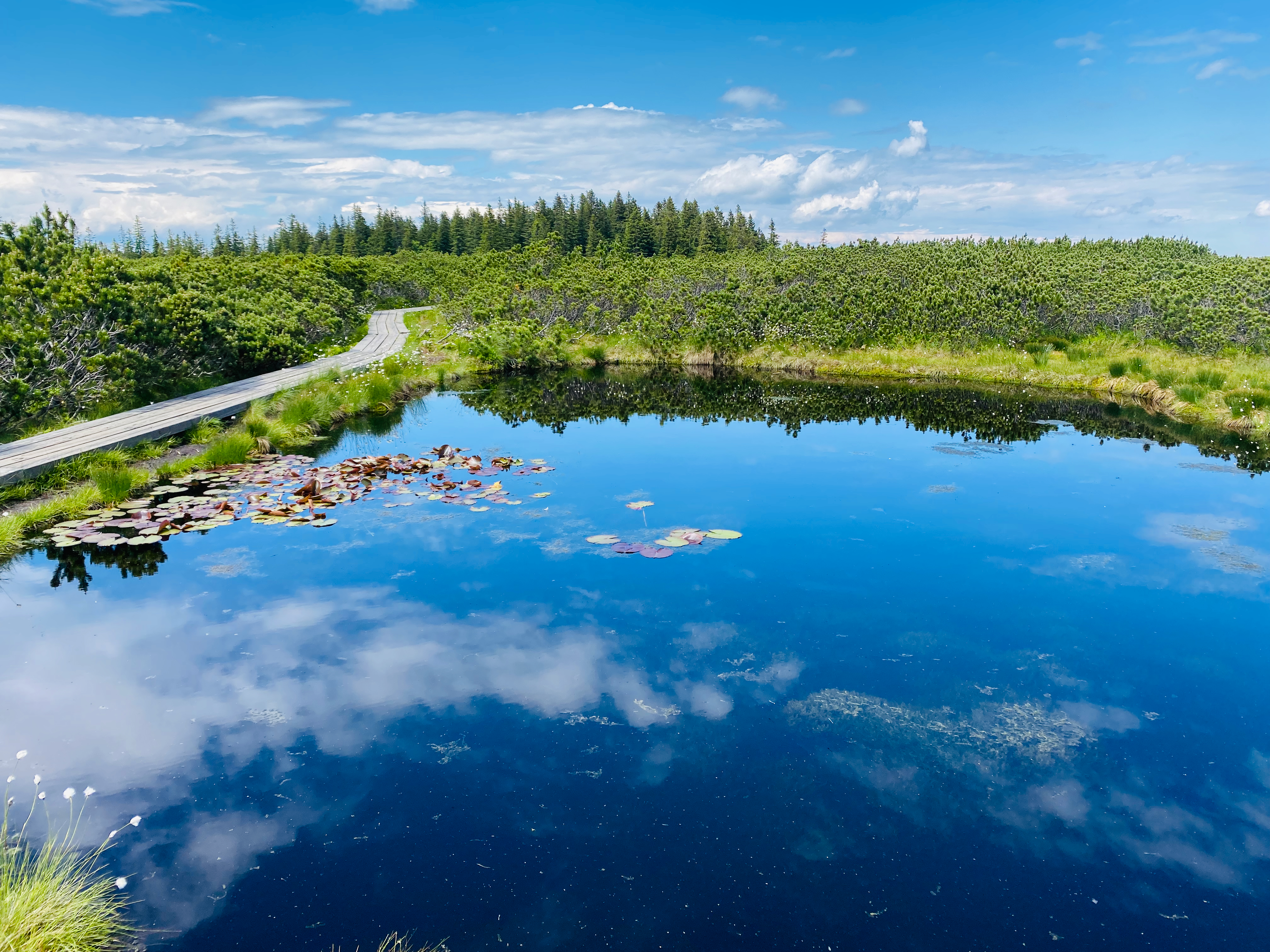 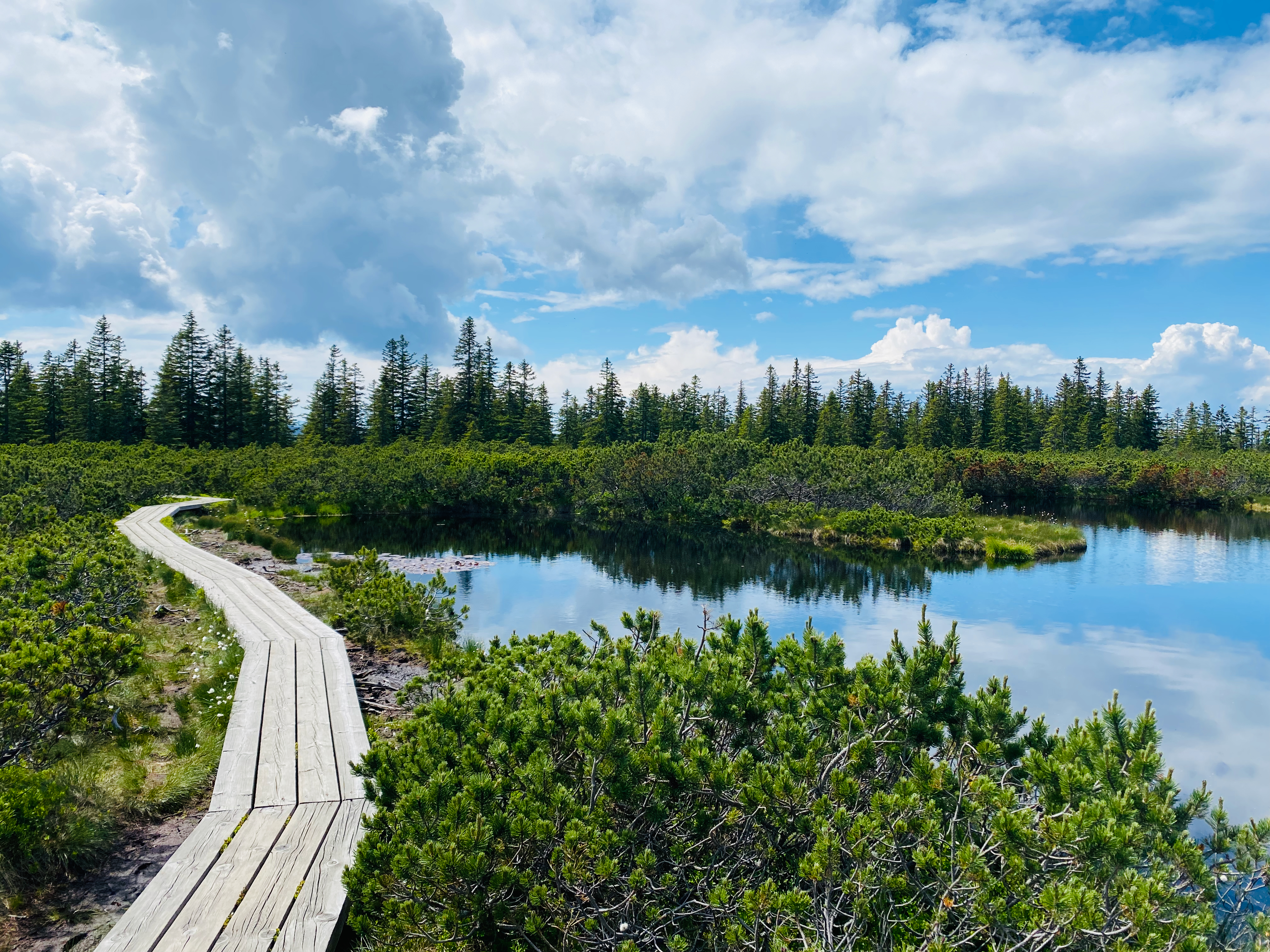 Another view of the wooden walkway that lead to a series of peat bogs at the Lovrenc Lakes, near Rogla. Photo credit: Mark Baker 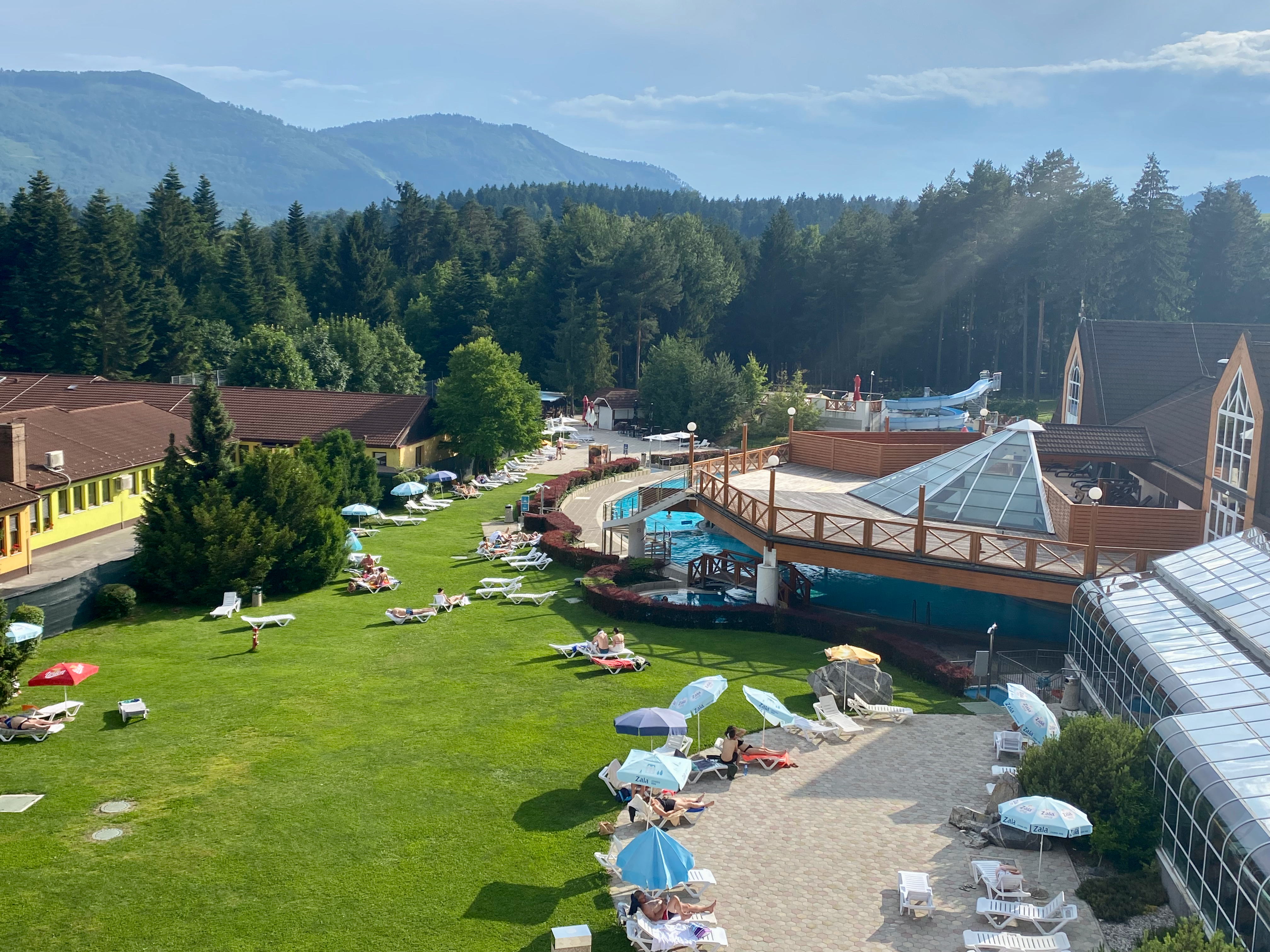 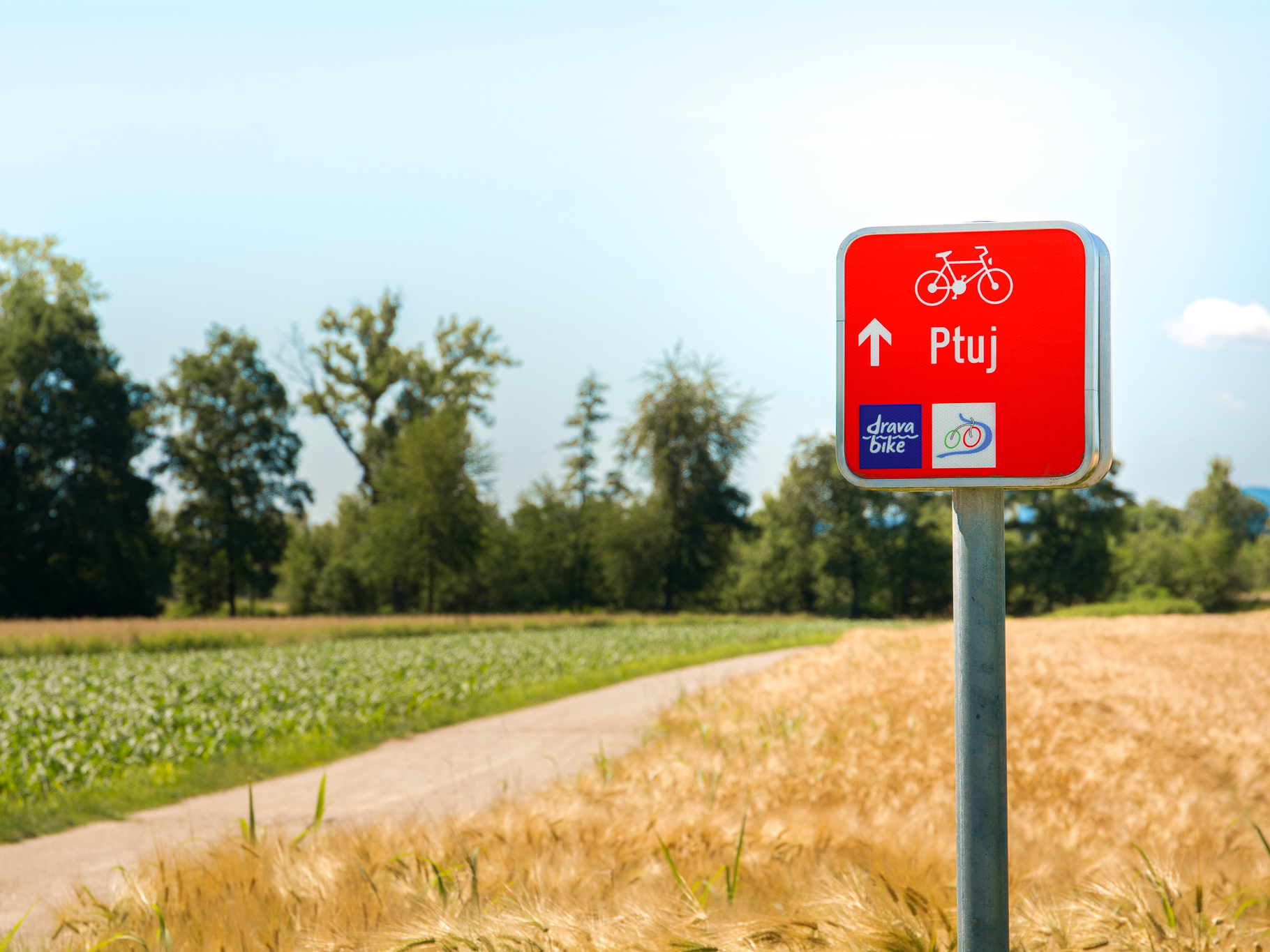 Signpost to Ptuj along the stretch of the Drava Bike cycling path between Maribor and Ptuj. Photo credit: Karmen Razlag

Ptuj is considered Slovenia’s oldest and, arguably, most-beguiling town. Archeological digs indicate Ptuj has been inhabited since the Stone Age, though it was the Romans – and the election here of Emperor Vespasian in AD 69 – who put the town, then known as “Poetovio,” on the map. Roman soldiers garrisoned here dabbled in the pre-Christian cult of Mithraism, and several Mithra shines from the first centuries AD have been found in the area. To this day, an aura of mysticism survives in the town’s narrow, cobbled lanes and well-preserved Gothic and Renaissance facades. During Ptuj’s annual carnival festival, Kurentovanje, in February, residents let loose some of these inner demons and dress up as giant, fur-covered monsters (allegedly to chase the winter away, but actually to give the kids a good scare).

Ptuj is dominated by a giant, 11th-century castle that was originally built by the archdiocese of Salzburg but sold and remodeled several times since. Today, the castle houses a regional museum with impressive collections of medieval weaponry, musical instruments and portraiture. Don’t miss the collection of spooky-looking Kurent masks and costumes housed in the castle’s former stables. Even if you’re not in a museum mood, the uphill hike is worth it for the views out over the Drava and the town’s sprawling red roofs below.

If you’ve cycled here down the Drava Bike trail, treat yourself to a plunge in one of the several indoor and outdoor pools at Terme Ptuj, a luxury spa where the underground springs gently warm the waters throughout the year. Kids will especially enjoy the waterslides and wave pools. Check the website for package deals that include accommodation and meals. 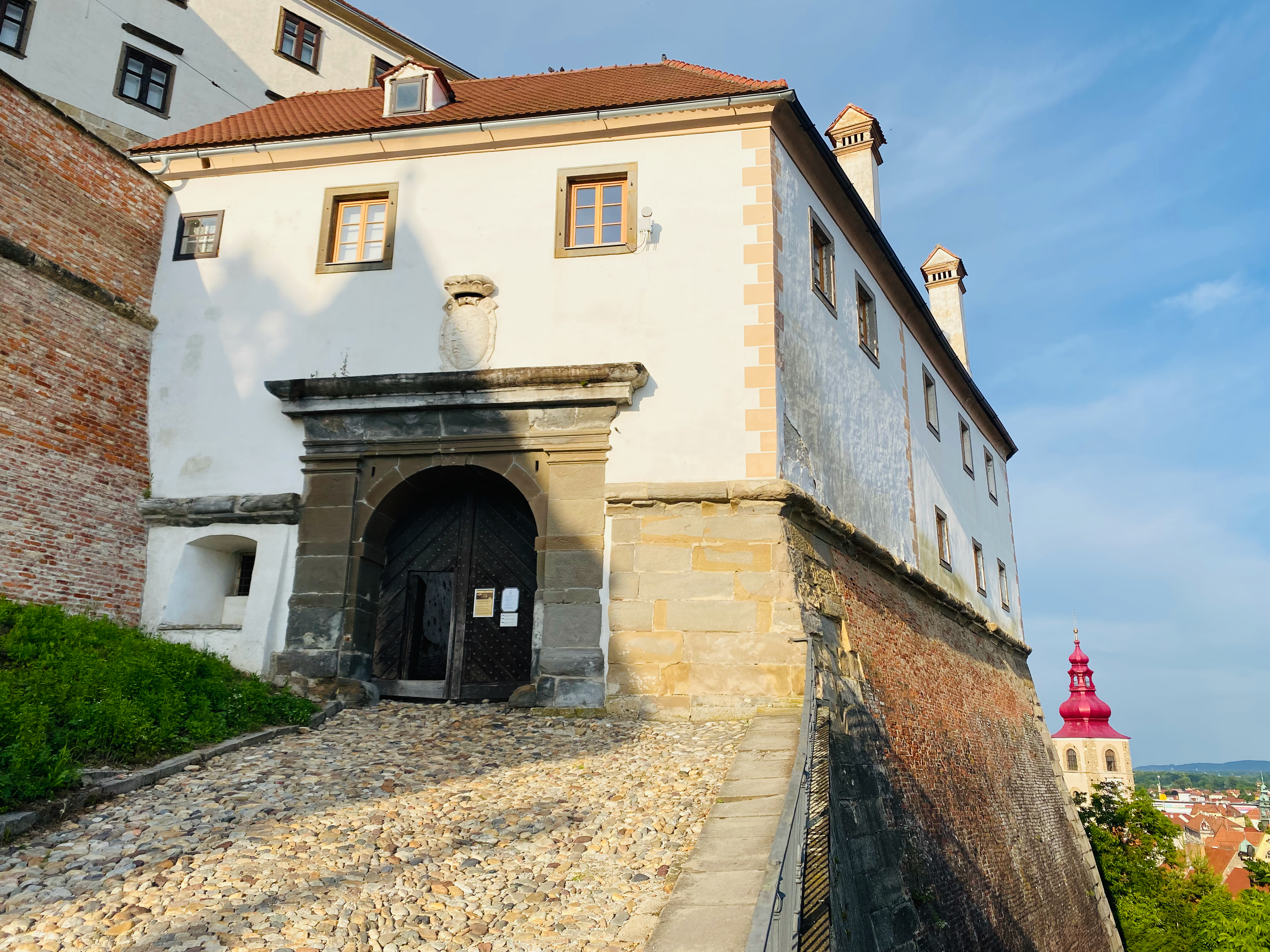 The entranceway to the Ptuj castle. Photo credit: Mark Baker 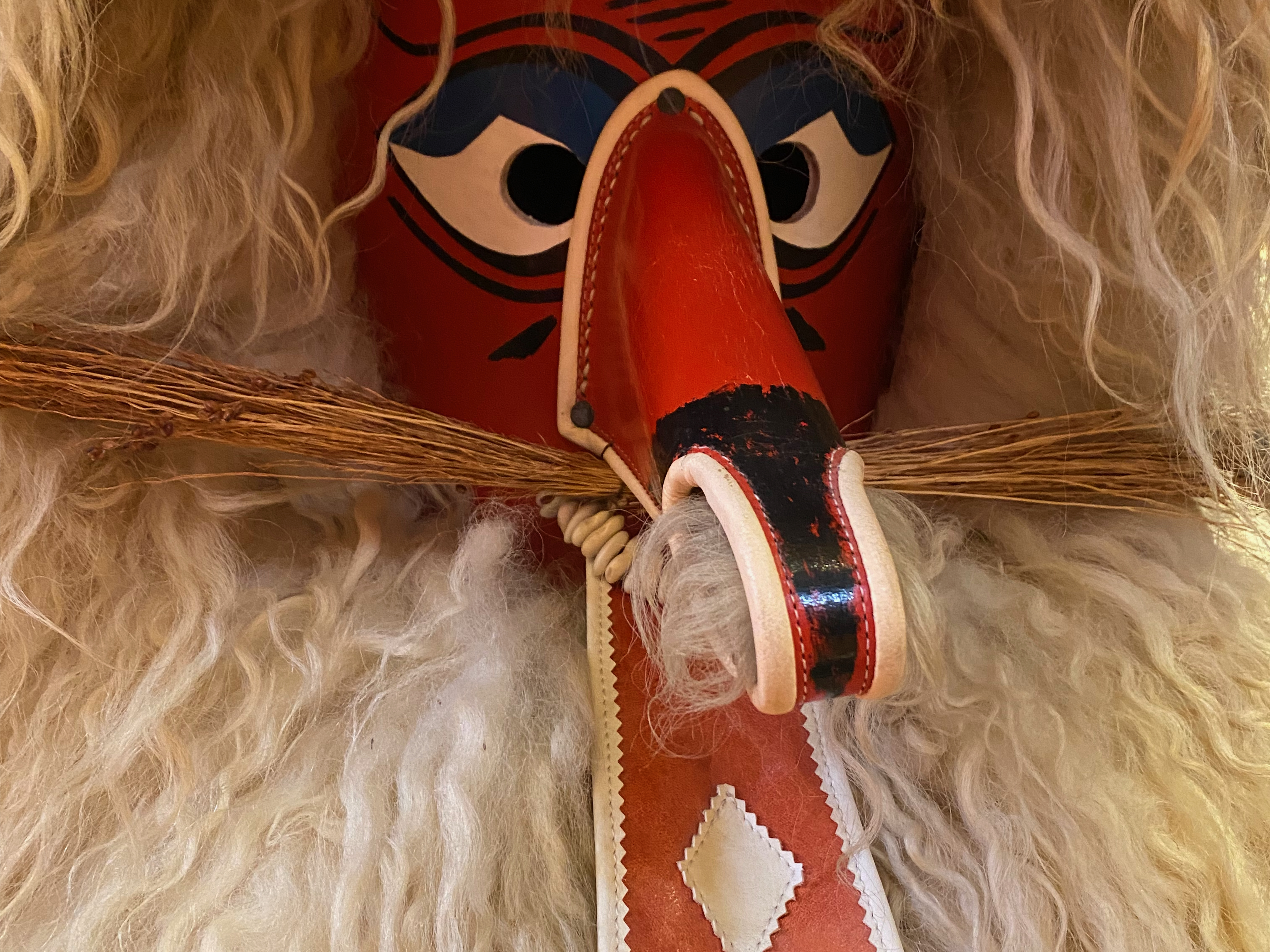 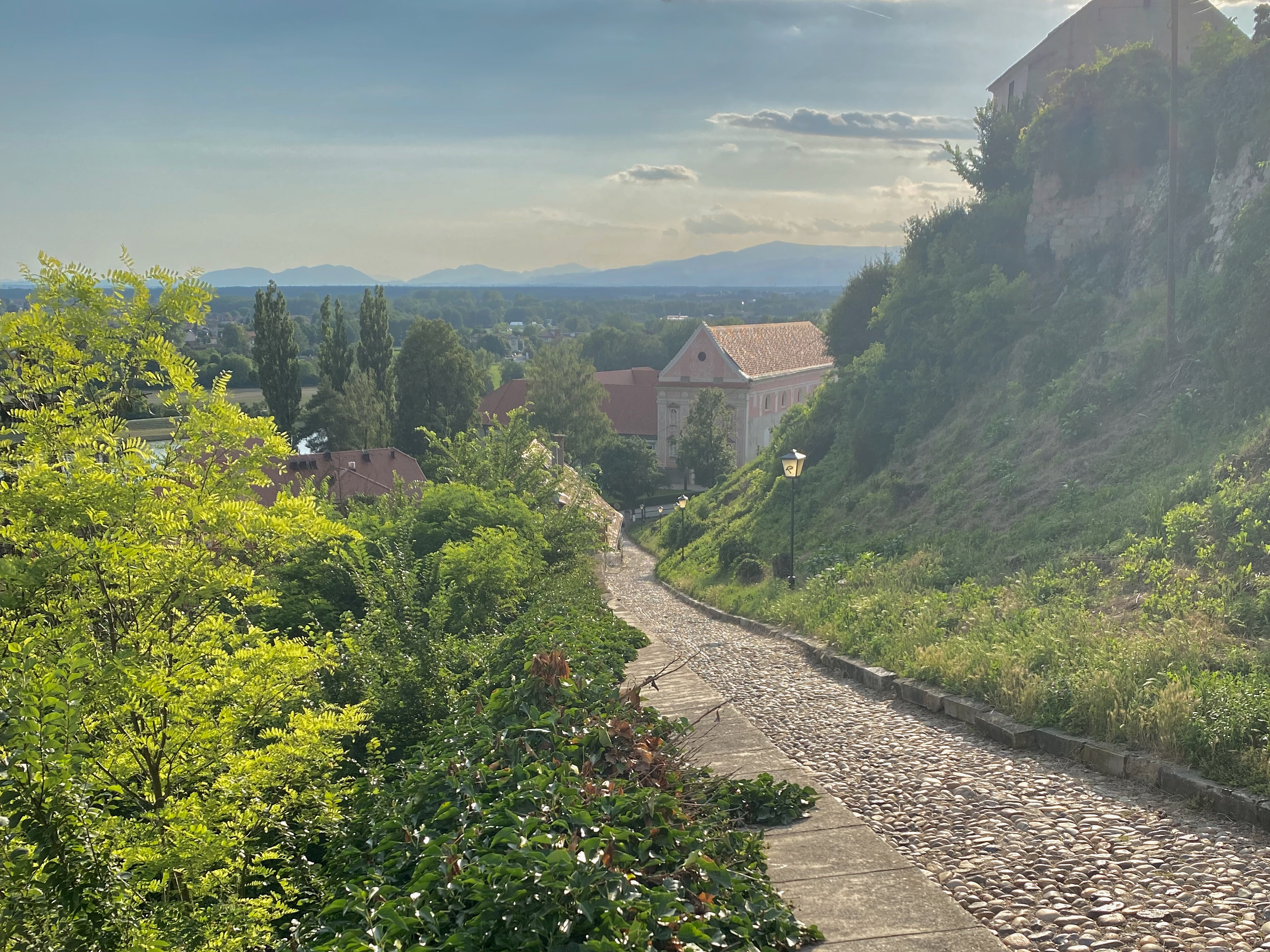 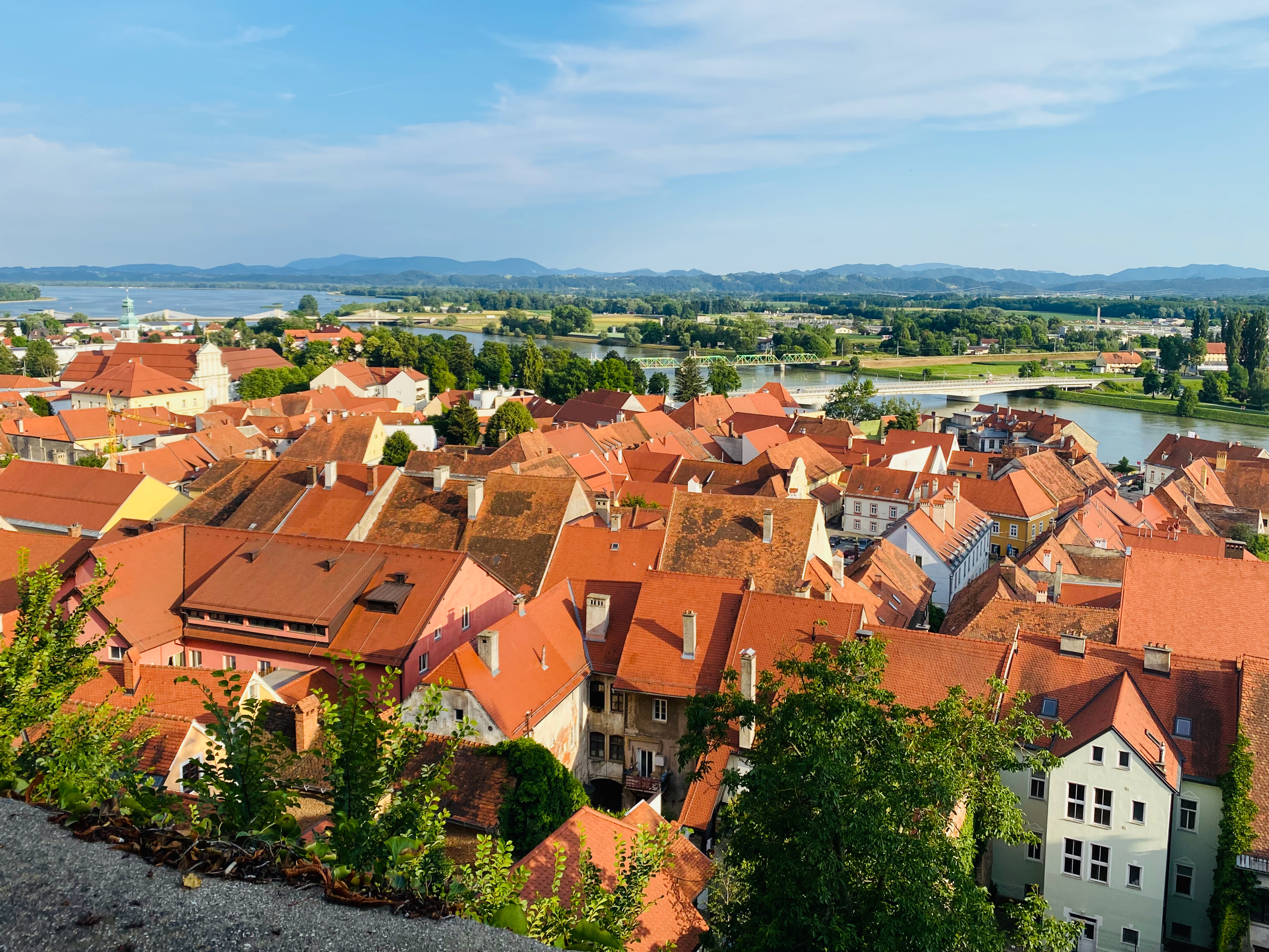 Both cities lie withing the Štajerska (Slovenian-Styria) wine region, the country’s largest. While Maribor’s “Old Vine” is, in fact, a red grape, the region is best known for its high-quality whites, including a superb Sauvignon Blanc as well as Riesling, Pinot Gris, Traminer and Chardonnay.

Several wineries are located within easy driving distance of Maribor and offer tastings (often paired with a snack or gourmet meal). Recommended wineries, among many others, include: Vino Gaube, Vino Valdhuber, Opok27 and Wine Ducal. It’s always best to book in advance rather than turn up at the gate. With so many options, many visitors opt simply to put themselves in the hands of a local sommelier, who provides guided explorations of the region’s wineries. Tours often begin or end at Maribor’s Old Vine.

Practical information: Both Maribor and Ptuj are easily reachable from Ljubljana by bus or train. Some trains to Maribor require a change at Zidani Most; trains to Ptuj normally require a change in Pragersko. Both cities are excellent choices for an overnight stay. Near Maribor, along the Drava, Chocolate Village offers luxury “glamping” in purpose-built modern bungalows, all with riverside views and an opportunity to sample bottles of chocolate-flavored beer. In Ptuj, the boutique Hotel Mitra plays on the city’s Roman origins and even shows off pieces of a third-century Mithra altar in the lobby. One-of-a-kind DomKulture MuziKafe features retro-chic room design and a shady, tucked-away cafe. For dining, Maribor’s Michelin-starred Mak, one of the best in the country, offers carefully chosen, multi-course tasting menus. Fudo, more casual, features al fresco dining on Maribor’s main square. In Ptuj, enjoy fresh fish ferried to riverside tables at Gostilna Ribič.